When the original SEXpert, Sue Johanson, puts her name on a male stroker, you know it’s got to be good! 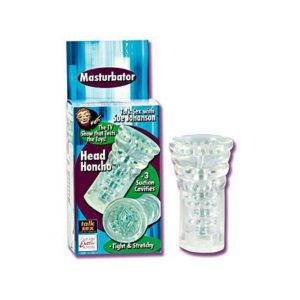 I don’t know about you, but I have fond memories of watching Sue Johanson on late night television talking about literally every aspect of sex that one could imagine – she was always SO straight forward! She did not hold back on her opinions. So when I saw that this male stroker had her name on it, I knew I had to give it a try. I mean, this lady is such a legend!

When I got the toy out of the package, however, I was a little disappointed. Up to that point I’d only had very realistic looking male strokers and this one is far from that! But I decided to give it a try anyways, and I was pleasantly surprised. I’ve even changed how I feel about the way it looks!

So like I said, at first I was a bit taken aback by the look of it – just a clear plastic/rubbery wobbly tube. But then I realised that there is a definite plus to the way it looks, because at first glance it’s not nearly as obvious that it’s a sex toy, so if someone happens upon it in your closet or elsewhere in your home, they won’t automatically know that you’ve been choking the chicken all day and night with a little help from a friend.

The description of the Head Honcho says that there are three separate chambers inside – one much tighter than the next. I assumed I would be able to really feel when I slipped from one to the next, but it’s not as obvious as that. It DOES definitely get tighter though, so you’ve got a really nice pressure on the head of your cock when you pound it in. And there are good nubs and ridges inside to massage your cock too. You’re going to want to make sure you’ve lubed up pretty well, and then the feeling is so good.

The Head Honcho is made out of TPR – which isn’t always clear about the actual materials – it can be a mix of different substances. I’ve seen TPR strokers toy before that say silicone lube is fine, but NOT oil-based, and then I’ve seen ones that say oil-based is good but NOT silicone-based. So instead, I just play it safe and I only use water-based lubricant with any of my mens strokers. That way, I am ALWAYS safe because water-based lube can be used on anything.

It’s also a bit easier to clean up than the other lubricants. For the head honcho, just rinse the entire thing under warm soapy water and then let it dry. Because it’s so tight inside though, you really gotta make sure you let it air dry long enough, because water can get caught in the ridges inside too, and if you’re not careful it can start to smell musty. So just make sure you let it dry properly.

Other than that, this male sex toy is super easy to take care of and it’s really durable. I was right to believe that something with Sue Johanson’s name on it would serve me well. Especially for the price (it’s super cheap) you’re not going to want to miss out on this! 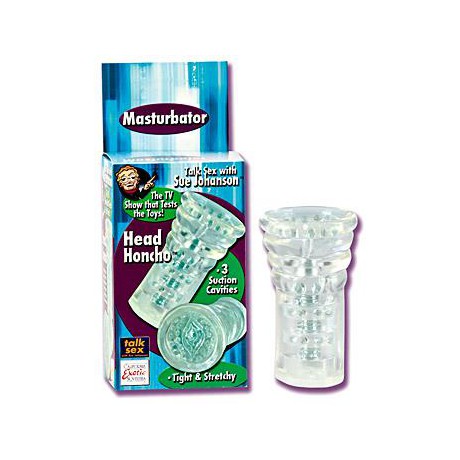